This page has any other artworks relating to Undertale or an A.U. I have made but haven't done much on yet.
So far I only have two A.U.s sort of.
WandererTale and Slayer. As you go on you'll find out more about them. Have fun!

This is the original version of the original A.U. Sans I drew. (The third drawing trying to do him.)
As you can see he is dodging a hit and is not happy at all. It looks slightly better colored but I like both of them.

This is the colored version of the drawing. It looks better with the color and shading. But I put both up here anyway. I like both of them. 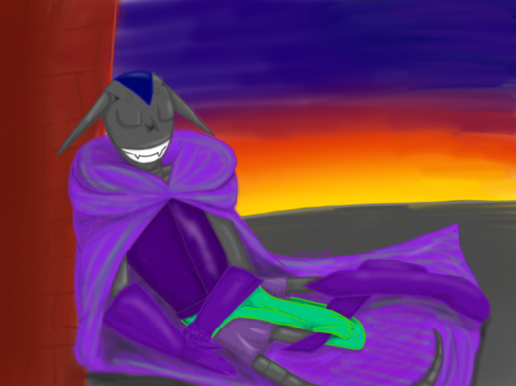 This one is a picture of Galaxy sleeping.
This one have a story to go with it too. I drew it on Sketchbook, saved it add left to do other stuff. When I got back the picture wouldn't open so I could edit it. After many attempts of trying to open it and the app not letting me. I finally screen shotted it and edited that version. I still can't open it.
I wanted to draw this picture for a long time it just took a while.
I like this one with out the lines being black, because it makes it more realistic. (Even if she is a fictonal character.) Also considering I don't draw characters sleeping that often it is actually pretty good no?
Enjoy the sunset! 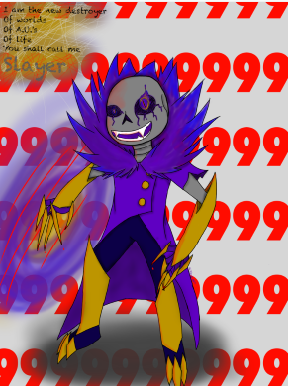 Introducing Slayer!
My story idea for him is Ink and Error have been together for a while. Error has stopped destroying A.U.s while Ink creates less.
To keep the balance Slayer is created to destroy the A.U.s. At first he didn't have a name to go by, but after he meets Ink for the first time he introduces himself giving himself his own name. "I am the new destroyer, of worlds, of A.U.s, of life. You shall call me Slayer since I slay all."
He attacks with his "claws". They are on both his hands and feet. The claws are so sharp they can cut through anything. He can also open portals to other worlds/A.U.s using these claws. He has some of the normal attacks that the other Sans' have but with a twist.
What ever the laser from the Gaster blasters hit causes cracks (like on his skull) to appear. If a "living" thing is hit it halves the health of the opponent.
The bone attacks look like his claws but are made of bones.(same color as Slayer's bones) They are like knives and deal half of the opponent's health in damage.(His claws do the same.) They can also be used to form cages.
If an opponent is hit with a Gaster blaster then a bone attack they end up dusted.(dead)
Slayer can tellaport like any other Sans but only can tellaport to areas he can see right then and there. He has a half formed soul so he is unstable and can faint/collapse at any time. His soul trait is Perseverance.
Any touch to the cracks on his skull causes extreme pain and can cause him to faint/collapse or anger him majorly. He is weakened ether way.
Woah! That was a lot of information! 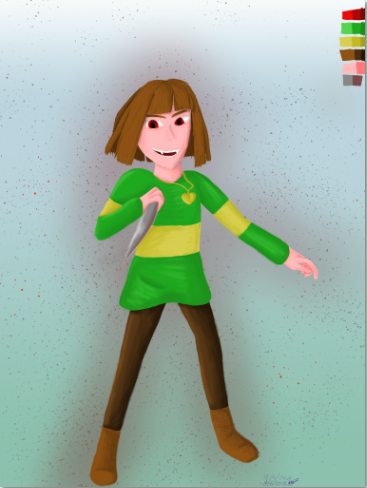 So I drew Chara because why not? That and one of my friends often roleplays as Chara. I also tried using a different style to draw Chara. I tried to have a more 3D look. 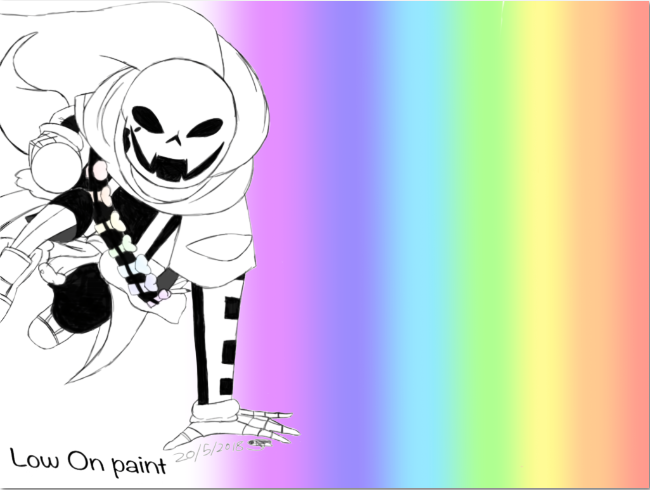 The same friend who roleplays as Chara and I had a sketch battle and one of the pictures was this one. I've added the background in as a separate picture. The original sketches has four pictures in one.